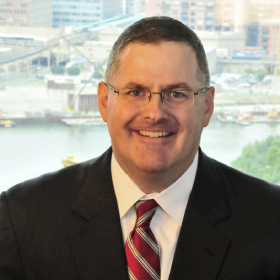 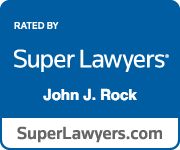 Mr. Rock has significant experience in complex, high-stakes litigation matters and has taken many cases to verdict and defended successful verdicts at the appellate level. Mr. Rock is a member of the Federal Trial Bar and has successfully represented clients in hearings, bench trials and jury trials in both State and Federal Courts as well as before various administrative tribunals.

Prior to entering private practice, Mr. Rock was an Assistant State’s Attorney with the Cook County State’s Attorney’s Office. Mr. Rock authored dozens of appeals on behalf of the People of the State of Illinois and prosecuted hundreds of misdemeanor and felony cases in both bench and jury trials.

In addition to his professional duties, Mr. Rock was a member of the Alumni Board of Governors for his alma mater, Loyola University School of Law for two terms, from 2011 to 2017. Additionally, Mr. Rock participates in the mentor program at Loyola University School of Law and has served as a coach to the mock trial and moot court teams at Loyola.  He is a former member of the Chicago Bar Association’s Judicial Evaluation Committee and has served as a mentor to young lawyers through the Illinois State Bar Association.

Mr. Rock is active with GiGi’s Playhouse, Inc. a not-for-profit network of Down Syndrome awareness and educational centers that provide resources, specialized teaching, and support to individuals with Down Syndrome, their families and the community.  Mr. Rock was also on the Board of Trustees for the Village of Clarendon Hills Police Pension Board. Mr. Rock is also a lifelong Cubs fan – but isn’t a hater and enjoys watching the Sox as well.

Mr. Rock has been named a “Super Lawyer” by Law and Politics Magazine and was honored by the Law Bulletin Publishing Company by being named one of the “40 Attorneys Under 40 in Illinois to Watch.”

Recognized as a Super Lawyer in Illinois for 2007 to 2023 by Law & Politics Magazine. Super Lawyers represent the top five percent of attorneys in more than 60 practice areas.

Named one of the “40 Attorneys Under 40 in Illinois to Watch” by the Law Bulletin Publishing Company.